Top Five Dog Senses and How They Help 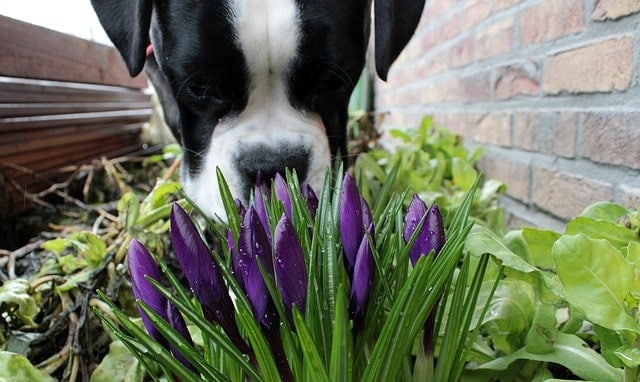 How would life be if you couldn’t see, touch, hear or smell? It’s our senses that adds meaning to our life and make it worth living.

For your four legged pal, senses helps them experience the world in a better manner – in fact, they have a far smarter set of senses when compared to humans. Also, their senses come handy to us as we can utilize them for our benefit, and for the general the betterment of the society.

Let us have a look at the major five senses in dogs and their importance:

The power of scent or the sense of smell is most heightened in a dog enabling it to trace and identify smells even yards away. Dogs can detect pheromones, found in our urine, stool, and skin with their noses. While a human has around 5 million scent glands, canines has as many as 125 million to 300 million, according to the type of breed it is.

A mucus-like liquid present on the nostrils of a dog helps it in trapping scent particles. A dog identifies a person with his smell – this is because they are made to rely on their sense of smell at a tender age to find their mothers and nurse, so their first association with survival is the scent. We are already aware of several incidents where this sense has helped in sniffing out bombs, finding people, etc.

A dog’s low-light vision is much better than ours, and they can see better at dusk and dawn. They are also able to see better even those things that are in motion. Studies have shown that they can see different shades of blue and yellow as well.

They don’t have every gift of sight though – they cannot see nearer things as clearly as we can and often see blurred images if kept too near.

More than Humans, dogs have the ability to hear higher pitched sounds and a wider range of frequencies. Dogs have more than 18 muscles in their ears, while we have to do with only six. As a result, they are capable of perceiving, picking and distinguishing sounds in a far better way than we do.

Breeds as German Shepherds, Siberian Huskies, Australian Terriers have naturally perked ears enabling them to hear better than dogs with floppy ears and are used as hunting dogs as well for expedition purposes.

A dog’s sense of taste is the least developed dog sense. Dogs can recognize the tastes like sweet, salty, sour and bitter. However, they do not care much about the taste but rather about the smell of the food they eat.

A dog’s entire body, including its paws, is covered with touch-sensitive nerve endings that make it more responsive. It is the sense that develops at the earliest stage in a dog and enables it to form bonds through socialization and interaction.

Knowing your pet’s abilities can just help you appreciate your canine friend in a better way. Most dogs will have a bad smell in a week so you better take him to Likeable Pets for proper dog grooming.