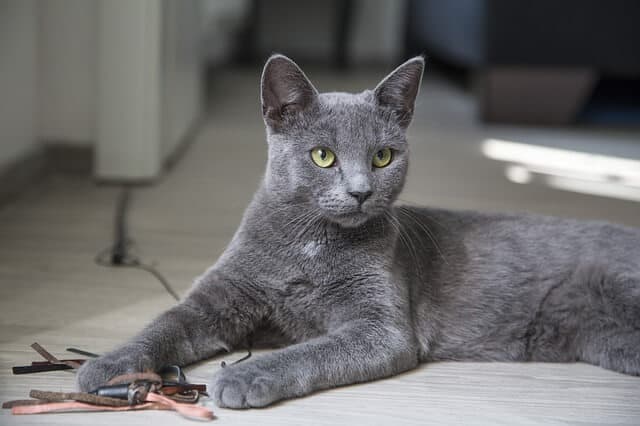 “Cats are not allowed in flats. They are difficult to contain within the apartment. When allowed to roam indiscriminately, they tend to shed fur and defecate or urinate in public areas, and also make caterwauling sounds, which can inconvenience your neighbours.” This is a significant controversy on cats in HDB.

The big question has always been, “if dogs are allowed, why not the cats?” but this is not new because over the centuries there has always been a debate between which pet between the cat and the dog should be domesticated.

Pet lovers in Singapore are advocating that the old and obsolete ruling to ban cats across all HDBs in Singapore should be removed and instead of a coverage ban, irresponsible pet owners should be dealt harshly on a case by case basis.

Occupants of HDB flats are allowed to have only one pet in the flats – a dog- man’s best friend. That is not all, the dog should be of a toy breed (should weigh 10 Kg or less and stands at 40 cm at the shoulders) or its cross breed.

HDB residents who want to keep a pet dog must ensure that the dog breed is approved by the HDB to be kept in the flats because there are specific breeds that are allowed to be owned in the HDB flats.

Pet lovers and especially cat lovers in Singapore were taken aback by this announcement because of the blanket ban. The reasons given by the HDB are not resounding well with our local cat lovers; cats shedding their fur, defecating and urinating in public areas does not hold on its own because even the dogs are prone to do the same things as well.

The truth is, dogs just like cats do shed their fur. However, unlike dogs, cats after defecating and urinating, have a tendency of covering up their excrements which help to mask the scent of the urine or stool. Dogs will leave their excrements open to the public. Despite all this, the dogs are allowed in the flats where the dog owners are encouraged to clean up the mess that dogs make. Why can’t cat owners be given a similar opportunity?

As long as I can take good care of my cat and that it will not cause any inconvenience to my neighbours, why can’t I be allowed to own one in the HDB flats? As long as I ensure that the cat is safe, does not roam about aimlessly and it does not make unnecessary noise in the neighbourhood, is that not enough to keep the HDB environment safe for my neighbour who does not have a cat? After all, is that not dog owners in the flats are supposed to do?

Don’t get me wrong, I have nothing against dogs. In fact, I am a proud owner of a dog and 3 cats. As an animal lover, I am of the idea that the ban of cats in the HDB flats should be reviewed and lifted because as compared to their dog counterparts, cats are cleaner, they can be sterilised, registered and be easily kept indoors.

Cats are clean animals, and they require little grooming assistance. The cats’ cleanness can be attributed to the fact that it spends a third of its awake time grooming itself. Furthermore, when you groom your cat, it is a perfect opportunity to bond more with your cat since it is a relaxing experience for you and your cat.

Many Advantages Of Owning A Cat

First of all, they are lovely. They do the most adorable things when you list expect them. Did you know just by taking a few minutes each day to sit with your cat and petting it can help to reduce your stress and give you a feeling of contentment?

That is not all; cats bonds with the owner to the extent that when you return home every day, it will run to the door to welcome you. Yes, just like a dog! Cats are also very social around humans, and they are known to be intelligent and they are good at taking commands.

That is not all; cats are easy to care for if you know how. If you are afraid of it defecating in your house, simply get a litter box and train it to use it to excrete. Hence it is very rare for you to step on the cat’s excrement.

Just like the indoor dogs, cats are even much better to keep indoors than dogs. You only need to put a wire mesh on your windows, and your cat’s movement is restrained for its own safety and providing peace to your neighbours as well. Cats are happier when they are kept indoors as long they are well fed and cared for. Remember, cats have a poor sense of vertigo. So keeping your window meshed might just save your cats from plunging 13 floors down!

Cats are also very playful whether during the day or night hence they can disturb you at any time when they want to play. However, you can train your cat that not every time is play time. The key to it is to set a strict routine. Cats love routine and since cats are intelligent, once you train it a few weeks, it will get used to the routine, and it will never disturb you again when you are not ready.

If you are worried on your cat’s shed fur, you can overcome this problem by doing home cat grooming regularly. In addition to that, you can have your house vacuumed daily to ensure your house is clean and dander free.

Cats are independent animals that require little attention as compared to their dog counterpart. If you want a pet that needs little effort to take care of, then the cat is the best. However, even if dogs are allowed in the HDB flats, they need a lot of attention which cats don’t. Dogs require regular exercise; they need a walk 3 -4 times a day. Cats, on the other hand, don’t need any exercise.

If we are allowed to keep cats in our HDB, we can adopt and give the animal a new loving home, keeping our strays off the streets and introduce a balanced, well-being pet loving heartland.

<<< Back to Likeable Pets